Irresistible. A scenography accomplice of every falling in love, there is in fact no better appointment to give to a woman you want to conquer, Orta San Giulio always spectator of tender loves, a first kiss, a promise of eternal love.

At the foot of the mountains west of the Piedmont shore of Lake Maggiore, there is Lake Orta, formerly called Lake San Giulio, the westernmost of the pre-Alpine lakes, originated from the southern face of the Simplon glacier. A mirror of water with an islet in the centre, a few tens of metres from the picturesque village of Orta, which rises on the east bank of the lake and is proud to show all its history crystallized in its cobblestone alleyways, dry stone walls and stone lose roofs.  Basically nothing has changed since September 1893 when, in the waters between the square overlooking the lake and the island of San Giulio, victory in the European rowing championship was disputed. The first in history. «The public flocked in cars, omnibus, landau – said the correspondent of the Gazzetta Piemontese.  And the posters hung on the columns of the Palazzotto, the ancient seat of the government, reminded us that, in addition to the races provided for in the Championship, there would also be a Regatta between “the Ladies of the town and the Villas”. The youngsters were getting together along the banks at training time».

123 years have passed since then but Orta does not seem to be at all different, the restorations have revived the frescoes on the facades and the old signs, the houses are renovated and well maintained, the taste of the gardens is identical, the ferry that connects the mainland and the island lands in the square exactly as once. The feeling of looking closely at the past is palpable. There is no square metre of this ancient village, vertically or horizontally, that does not deserve to be observed. Every house, every wall, every roof, every garden, every hallway is full of details. Perhaps because the history of the country is ancient and the corner of the world in which he lives is hidden, reserved, not noisy. As well as the alleyways that flow into the lake, with those stone walls where you can sit and watch the moon mirrored in the lake, where the darkness of the night is interrupted only by some distant light or by a fish jumping into the water or by the rocking of a boat. A personal, intimate, collected, overflowing with sweetness and charm, an atmosphere that conquered Gianni Rodari who set the novel There was twice Baron Lamberto, or, The mysteries of the island of San Giulio,  then Umberto Eco who closed the book Number zero with the phrase “The island of San Giulio will shine again in the sun” and in 2015 even Tornatore was kidnapped by this lake and chose it as the set for part of the filming of “la Corrispondenza”: Borgo Ventoso is actually the island of San Giulio. 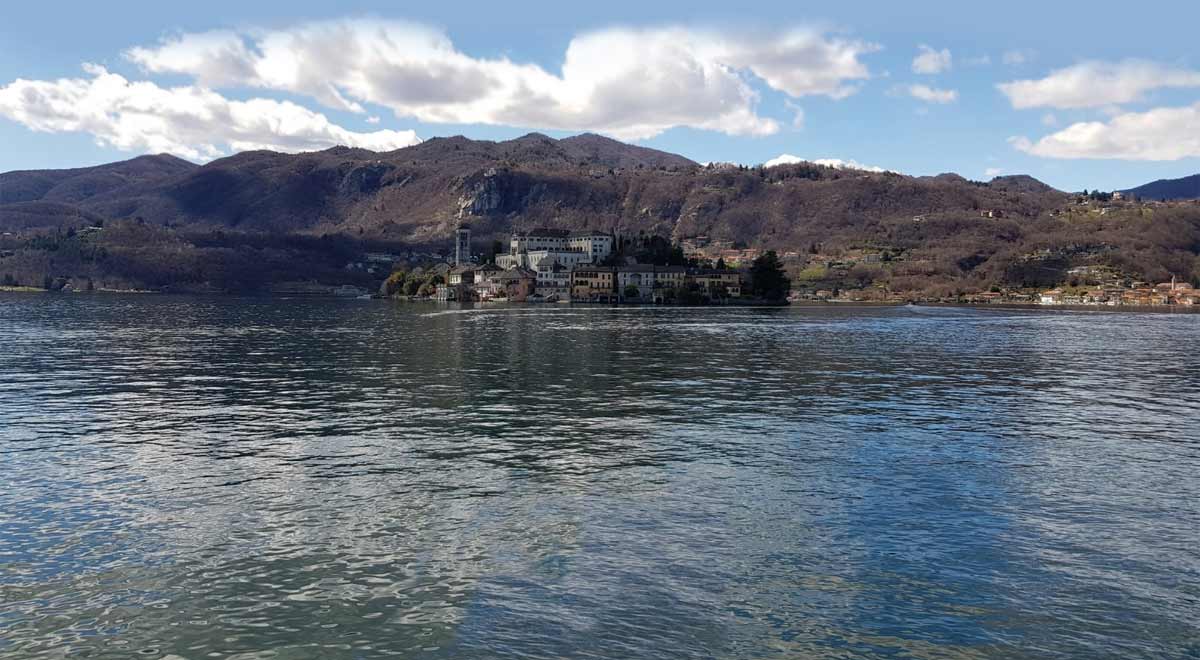 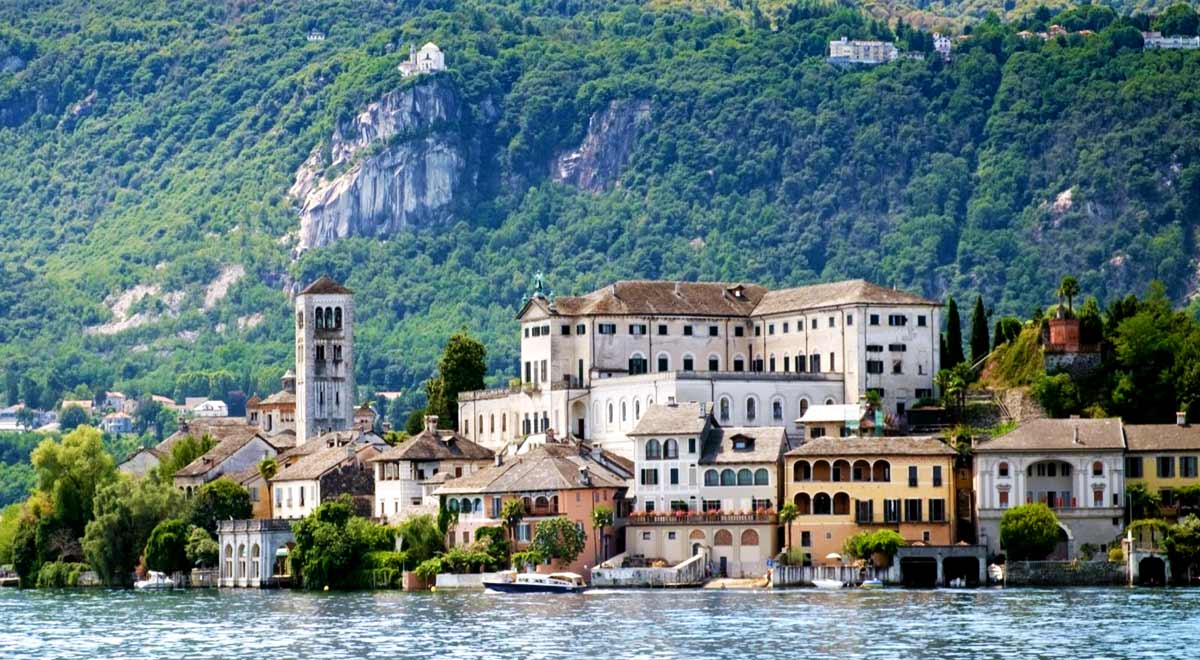 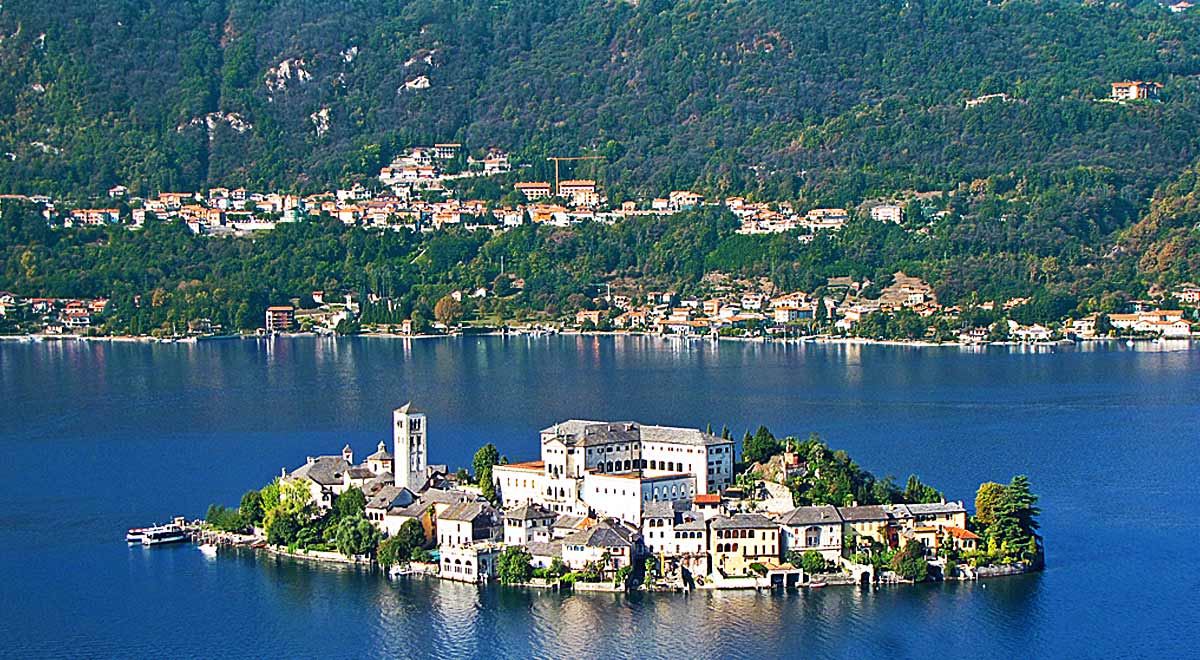 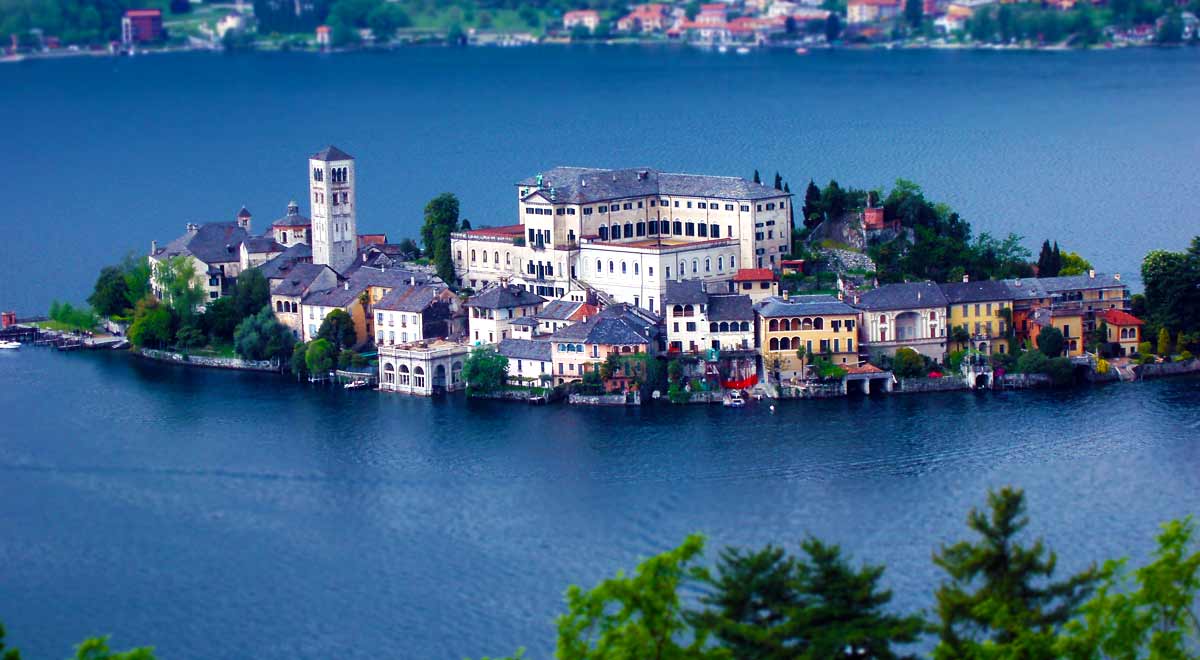 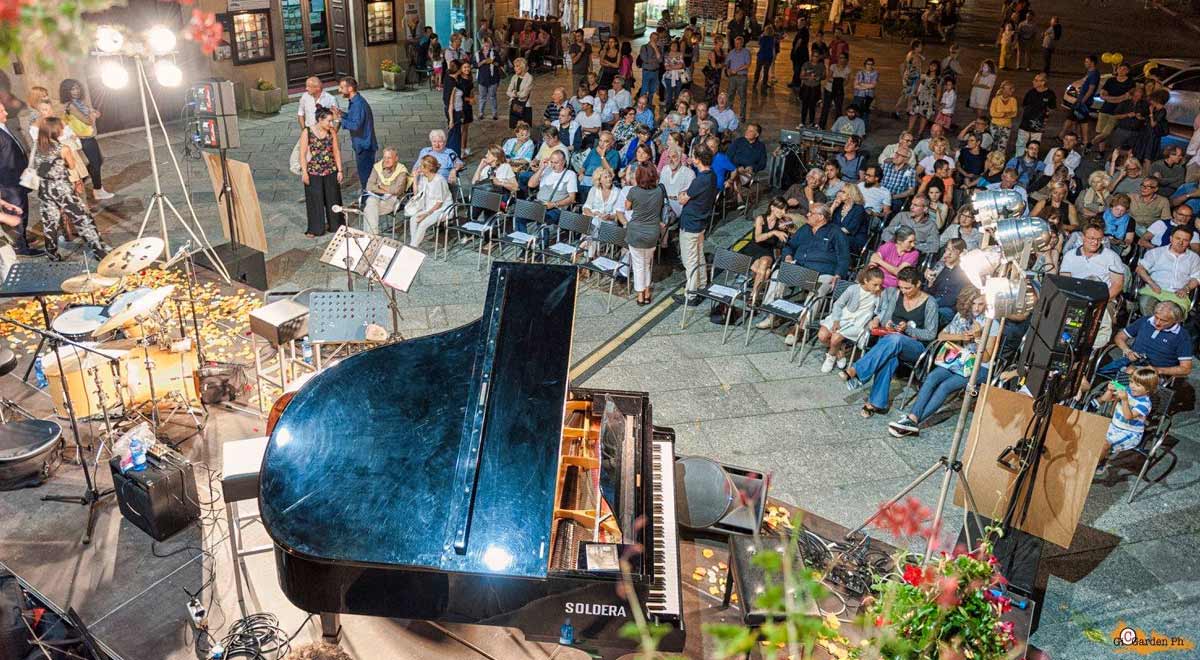 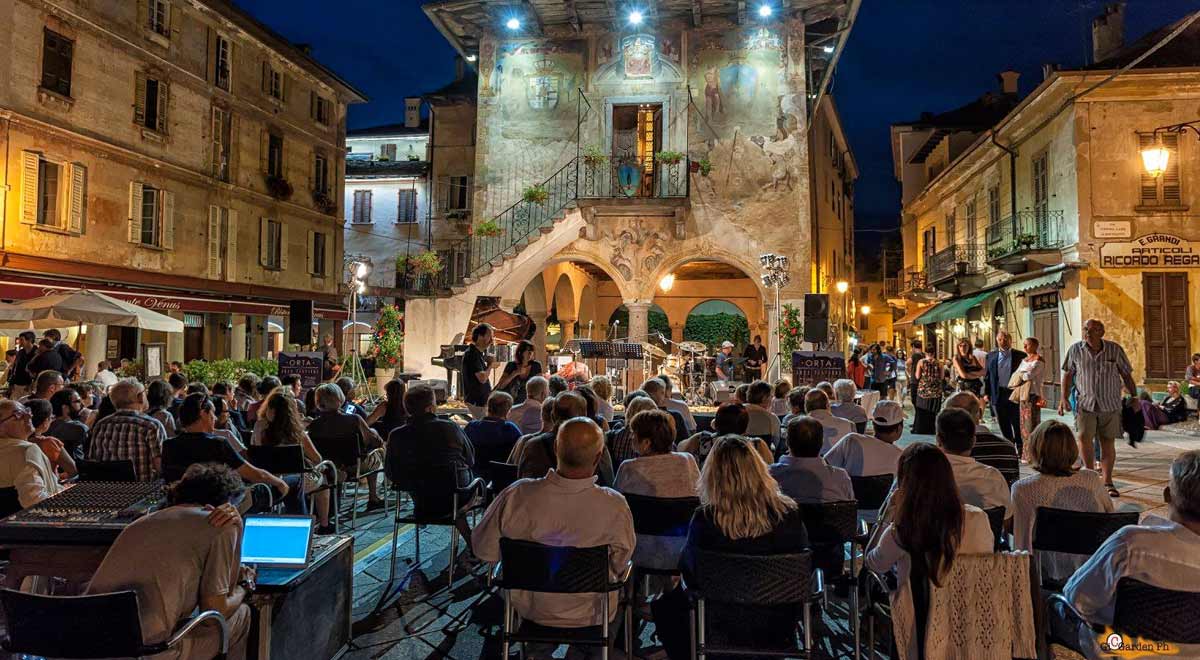 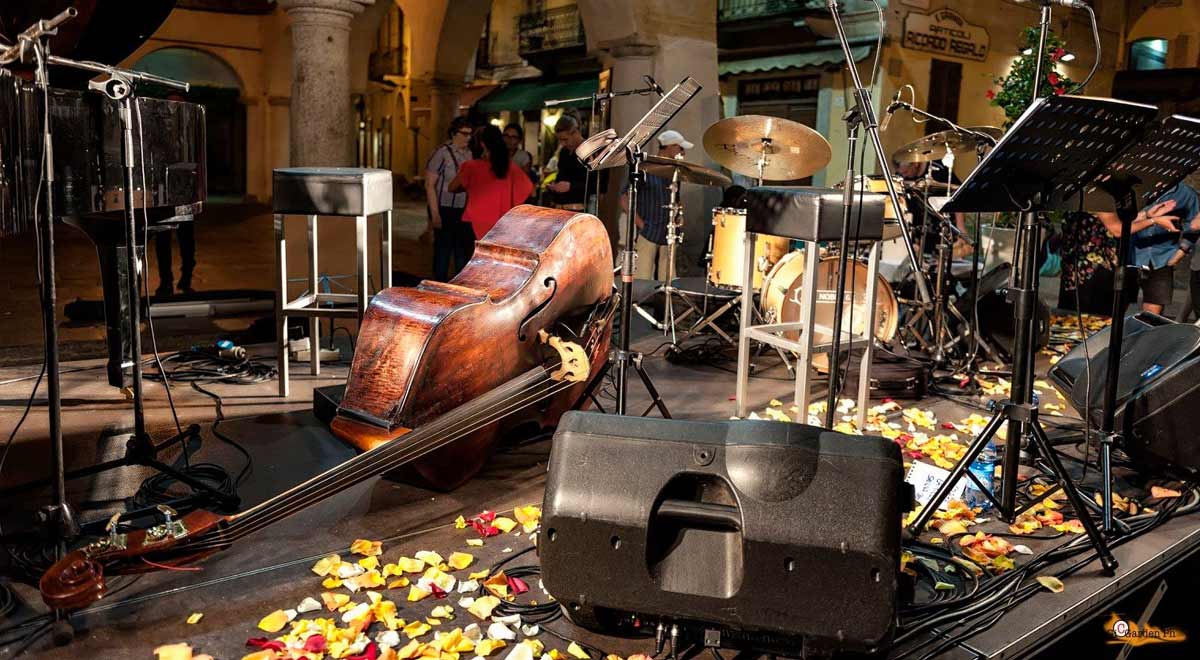 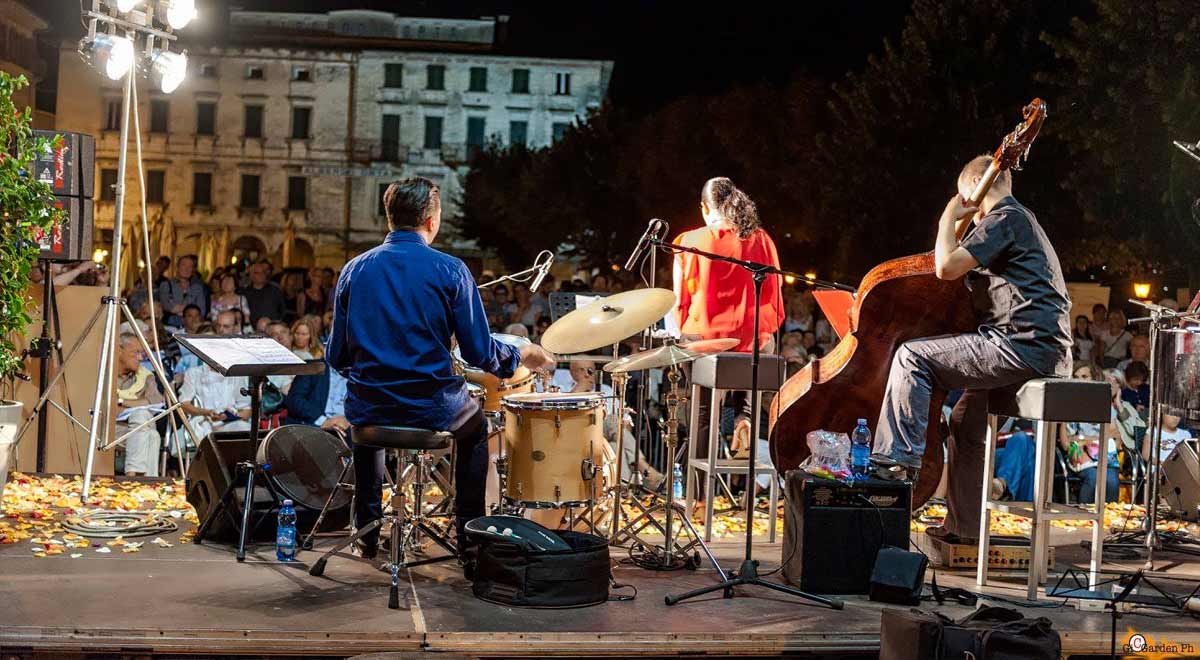 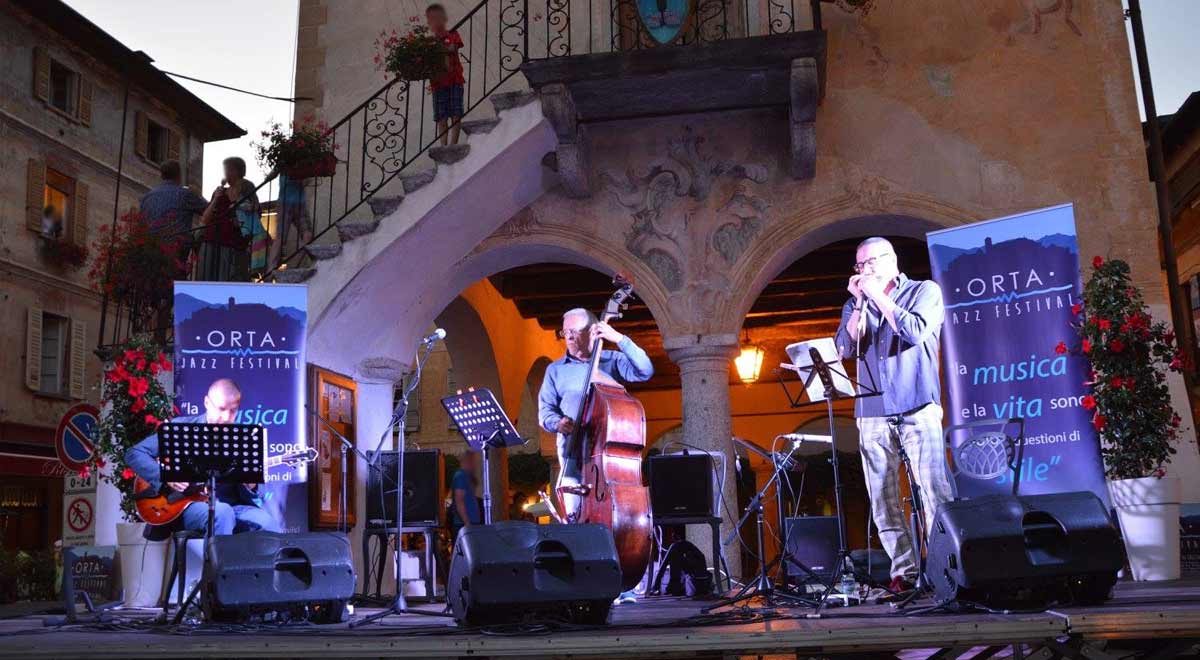 The Orta Jazz Festival is a series of concerts organized by the Jazz Club Borgomanero and the Municipality of Orta San Giulio (Novara).
For info (Facebook).