The territory of the Municipality of Marino is located south of Rome, on the “Albani Hills” in the area of the Roman Castles (Castelli Romani), enclosed between Rocca di Papa, Castel Gandolfo and Grottaferrata. Thanks to its hilly position, it enjoys a healthy climate and has always been a holiday resort, but it is precisely its characteristics that have given rise to winemaking traditions that have made the homonymous white wine with a controlled designation of origin famous and the Sagra dell’Uva (Grape Festival), the oldest event of its kind in Italy, founded in 1924 by the will of the poet and playwright Ercole Pellini, known as Leone Ciprelli. Marino was the set for many films by Federico Fellini and is understandable for its typicality, so much so as to seem a picture of the author, perched and fascinating, rich in history and art, traditions and folklore never lost thanks to the commitment of the population.

The story of Marino is told by Alessandro Bedetti, Director of the Civic Museum, who explains “The city of Marino owes its name to the Castrimoenium, which was fortified by Silla and raised to Municipium. During the Middle Ages it assumed an important strategic position that led it to be controlled by various feudal lords. After the Frangipane, in 1266 the feud passed to the Orsini and in 1419 the village came to the Colonna family, who kept it until the nineteenth century, transforming it from a fortified village to a place of rest and recreation for the family.
With the opening of the Via Appia nuova – continues as Director – due to Pope Pius VI, Marino lost his role becoming a quiet town in the Roman countryside, elevated to the city in 1835 by Gregory XVI. Important testimonies of the past can still be seen in the historical centre, the most important of which is a sanctuary of the Indo-European god MITHRA, built inside the cistern of a Roman villa. On the back wall was painted a polychrome fresco representing the god in the act of cutting the throat to a white bull surrounded by eight scenes.
In the upper part of the village where the fortress stood and one of the city gates opened, stands the former church of St. Lucia now home to the Civic Museum.
Founded at the beginning of the 12th century on a Roman cistern, it owes its current gothic appearance to a series of pointed arches due to the renovation of the 15th century; its façade includes a tower house dating back to the 10th century, while inside you can still see a mullioned window, a rose window and a fresco representing S. Onofrio dating back to the 14th century. In the seventeenth century the church was deconsecrated and its role was assumed by the collegiate Basilica of St. Barnabas Apostle erected by Cardinal Girolamo Colonna; inside there are works by Maratta, Algardi, Ferrata and Ghezzi, while the altarpiece depicting the martyrdom of the saint is the work of Bartolomeo Gennari disciple of Guercino. Another complex built by the Colonna family is the Monastery of the Santissimo Rosario with the church designed by Giuseppe Sardi, which has an interior rich in stucco and a tabernacle attributed to the school of Mino da Fiesole. Not far away is the church of S. Maria delle Grazie, built around the fifteenth century – concludes Alessandro Bedetti – there are a fresco by Benozzo Gozzoli and a S. Rocco attributed to Domenichino.

The city of Marino rests on a vast network of caves, some communicating with each other, which are located about 12 meters below the road surface and develop for tens of kilometers in the subsoil of the Old Town. Their history is ancient, they were dug into the volcanic tuff to obtain building material already in the medieval period. The excavations then continued in Roman times. The recent renovation now allows you to take full advantage of this underground heritage that testifies to the historical and anthropological peculiarities of the city. In the municipality of Marino, in the locality of Santa Maria delle Mole, you can see a part of the ancient Appian Way.

Before the 1950s, with the arrival of the most modern means of transport to bring wine to the markets where the “nectar of the Gods” was sold, very special carts were used, called wine carts. Depending on the place of origin, the cart was decorated according to the tastes and customs of the municipality. The carter (the one who drives the cart, pulled by a horse) on this vehicle loaded on the floor 8 barrels of 60 liters, plus a 5-liter, next to the seat of the man. At the “Museo del Carretto a Vino” in Marino, managed by the local Pro Loco, you can admire one in perfect condition, dating back to the early ‘900.

Many people have tried to imitate it and in fact in several municipalities of the Castelli Romani churning out donuts, but that of Marino is unique, recognized as a heritage of the local community and unrepeatable. The scent is intoxicating. The history of the Ciambella al Mosto di Marino dates back to the fourteenth century, when the castle of the city was besieged by Cola di Rienzo. The citizens of Marino, in order to desist the siege from the enterprise, sent a mule with two bigonce full of donuts. Do not ask what the recipe is, because no one is willing to reveal it: if you want to eat it, go to Marino and, just after the harvest, you can enjoy the extreme goodness. 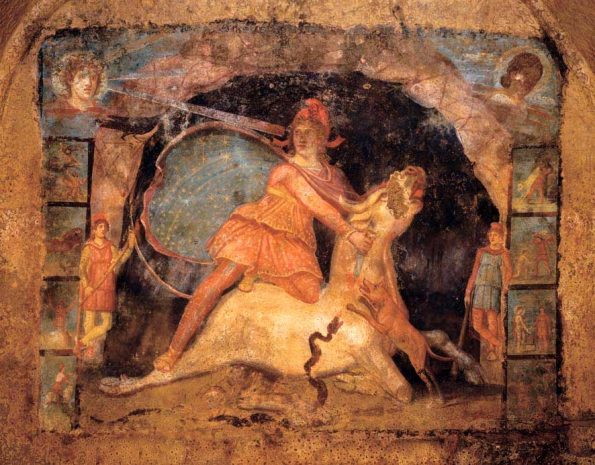 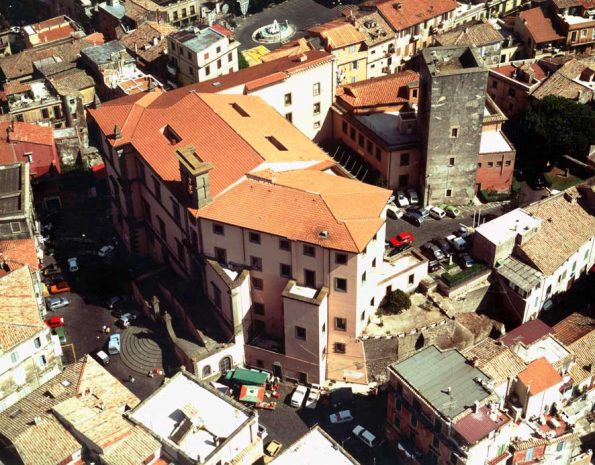 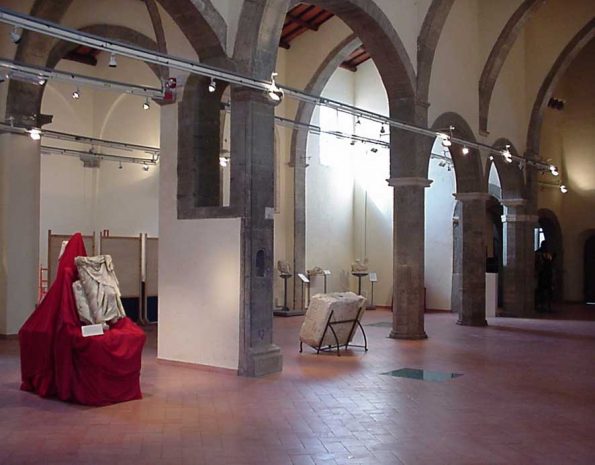 Write to the municipality of Marino