Andrea Granchi, artist, film-maker, curator and teacher, was born in Florence in 1947. He graduated from the Academy of Fine Arts in 1969, won the Premio del Comune di Firenze for young artists in 1966 and the Stibbert Prize for painting in 1971. He is recognized as one of the protagonists of the Italian Cinema d’Artista, a field in which he has created numerous works “…among the most lucid, ironic, perfect art films, a genre that in Italy has carried on among the first…”. (L.V. Masini, 1989), and curated international exhibitions (1976-80) both in Italy and abroad (Paris Centre G. Pompidou, Philadelphia). Among the numerous participations, the Biennale di Venezia (1978 and 2011), the Triennale di Milano (1981), the Quadriennale di Roma (1986), Arte Italiana Oggi (Stockolm 1987), Estecne (Valencia, Palau de La Scala, 1990), Cinema d’artista in Toscana (Centro L. Pecci di Prato, 2004), Viaggiatori sulla Flaminia (Museo dell’Emigrazione, Gualdo Tadino, 2006). Among the most recent are those for Lo sguardo espanso. Cinema d’artista italiano 1912-2012 in Catanzaro (2012) and Luce. Scienza Cinema Arte (Governor’s Palace, Parma, 2015). In 2017 two of his films were acquired by MAXXI in Rome on the occasion of “Doppio schermo. Films and videos of artists in Italy from the ’60s to the present day” curated by B. By Marino.
Among his personal exhibitions are: The Giants’ Tracker at Palazzo Pinucci in Florence (1989), The Man Following the Shadow in Lugano (1989), Oblique Travels at the Tour Fromage in Aosta (1993), Destini paralleli al CART by Falconara Marittima (2009), L’Adret and L’Envers realized in the Castle of S. Marino. Rhémy-en-Bosses for the Valle d’Aosta Region with works from 1967 to 2010, the articulated anthological exhibition entitled Il luogo dove i destini si incontrano in the Pinacoteca Civica di Volterra (2013) and the recent solo exhibition Viaggi immobili alla Galleria del Carbone di Ferrara (2019). He has various works in buildings and public places, including the “eyes” of the two stained-glass windows of the church of La Maddalena in Saturnia (1996), the fresco of St. Lucy, guardian of charity made for the Jubilee of 2000 in the church of St. Joseph and Lucy in Florence, the installation Viaggiatore sedentario in front of the Great made for the “Open Sky Museum” of the Municipality of Etroubles in Valle d’Aosta (2005).
As a teacher he has long been the holder of the Chair of Painting in the Academies of Fine Arts of Carrara and Florence where he held, until 2012, also the Laboratory of “New Expressive Languages”, for which he started a new direction of research on the “Book of Artists” with a series of exhibitions including Object Free (State Archives of Florence, 2007). In 2010 he conceived and curated Traiettorie Città delle Arti with the Accademia di Belle Arti di Firenze, the Conservatorio Cherubini, the Istituto Superiore per le Industrie Artistiche and the Accademia delle Arti del Disegno, interweaving contemporary art productions with historical-artistic seminars, musical events and concerts.
In 2017, in China, on the occasion of the “Phoenix Art Exhibition” in the City of Fenghuang, curated by the China National Academy of Painting, he was awarded the “Phoenix Art Award”. He has also been actively involved in conservation and restoration issues for a long time, first with his father Vittorio (Florence 1908-1992) and then with his son Giacomo (Florence 1974). Since the 1980s, he has carried out numerous interventions on works protected by the State, in collaboration with the local Superintendencies, and has also actively worked in the Sienese and Grosseto areas. In 2008 he was appointed by the Faculty of Architecture of Florence to hold the course “Conservation of decorated surfaces of monuments”. He is a member of the Scientific Committee of the new “Polo Culturale Pietro Aldi” opened in 2016 in Saturnia.
He is currently the President of the “Painting Class” of the Academy of the Arts of Design.

Andrea is the son of Vittorio Granchi (Florence 20 October 1908 – 30 November 1992), teacher of the Florentine School of Restoration. Vittorio was born into a family with deep artistic traditions whose activity is known since the nineteenth century, was formed first in the workshop of his father Pasquale (1870-1930) a talented Florentine “craftsman” specializing in “ancient imitations” and carved and gilded furniture and then in the ’20s at the Art Institute of Porta Romana in Florence under the guidance of Luigi Cavalieri and Giacomo Lolli. His long artistic career, intertwined with that of the best known restorer, has been marked by awards and numerous exhibitions both in Italy and abroad. Vittorio Granchi’s paintings and drawings are now kept at the Modern Art Gallery of Palazzo Pitti, at the Academy of the Arts of Drawing and at the Uffizi Gallery.

Vittorio Granchi’s significant contribution is attested by the many interventions carried out on the paintings of the major Florentine museums and galleries, such as the long list of restorations he carried out, which he documents. From 1934, when he was called by Ugo Procacci to join the team of the Gabinetto Restauri of the Soprintendenza alle Gallerie Fiorentine, he worked there until 1973, carrying out restorations considered historic, such as those, in the immediate post-war period, to Vasari’s tables in the Salone dei Cinquecento in Palazzo Vecchio and the many of that hard operational moment following the tragic flood of Florence in 1966, which saw him the protagonist of countless “rescues” of seriously damaged works, among which stands out for “high surgery” (Umberto Baldini 1992), that on the Crucifix of Cimabue. This intervention earned Vittorio the Alinari Prize, which he was awarded in 1991 shortly before his death.

For advice on any restoration of works of art you can communicate using the contact form.
It is possible to buy works made and selected for AnimaMediterranea by the Master Granchi, in our shop, paying with these forms of payment:
GO TO STORE 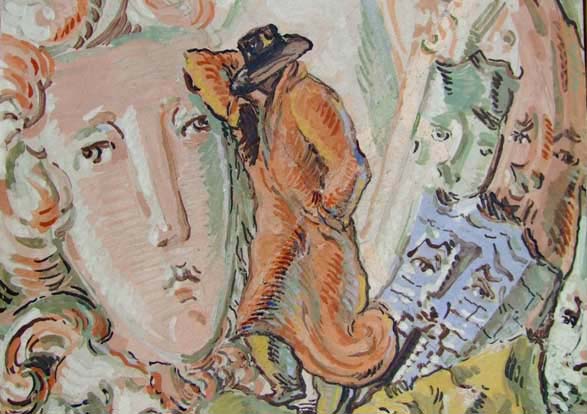 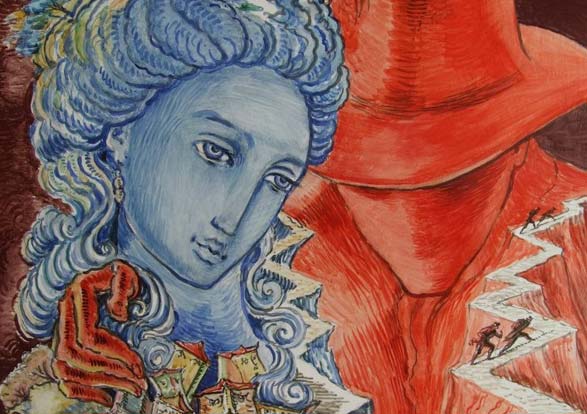 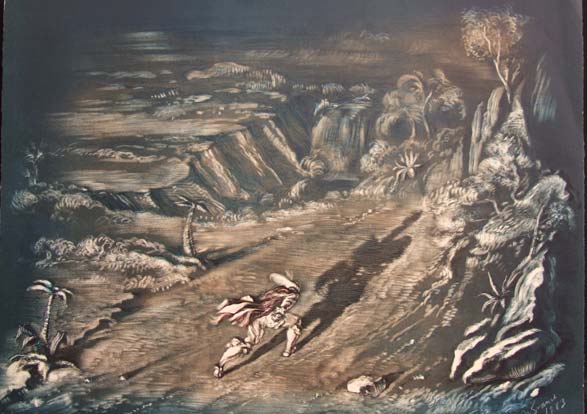 Master Andrea Granchi is at your disposal for advice and restoration of works of art.
If you wish, you can contact Andrea Granchi by clicking on the contact tab and filling in the form that will open.