The Valdobbiadene Confraternity, the first non-religious confraternity in Italy, has a long-standing reputation.

Since its foundation in 1946, the association, made up of oenologists and leading figures in the wine sector, has distinguished itself as a conscientious and attentive organisation in promoting the knowledge, value and diffusion of the wine production known as “Conegliano-Valdobbiadene DOCG”. The objectives, achieved by maintaining and exalting the best traditions of the culture of these lands, are the promotion of training proposals for the adhering members and the diffusion of wine education for the benefit of the public. Loyalty, solidarity and mutual respect are the values that the Brothers have always pursued and wish to maintain, considering themselves first and foremost as a group of technicians united by a common passion and a feeling of friendship.

The historical imprint emerges also and above all in the communicated image, which wants to emphasise the origins, so that the Valdobbiadene DOCG is recognised by the end user and distinguished from the many commercial products. In order to strengthen confidence in the original, numerous events and initiatives mark the calendar of the Confraternity, including rituals and investitures that have been repeated annually since its foundation. These include the Springtime “Selezione della Bottiglia” (Bottle Selection), the spokesperson and symbol of a culture of quality that the Brotherhood pursues and supports in all its actions. Each year, the Confraternity chooses the sparkling wine that best represents its territorial identity through a blind tasting session. The Confraternity bottle is then distributed in a limited edition of only 5,000 numbered pieces bearing the symbols of the Confraternity and acting as a benchmark for typicality and vintage quality.

“The enhancement of the history and processing of an indigenous product such as Conegliano-Valdobbiadene Superiore DOCG,” says Grand Master Loris Dall’Acqua, “are our stimulus and inspiration, so that consumers can recognise its value and quality. The protection and promotion of a product that is a symbol of our territory is also expressed in the Confraternity’s support in monitoring and verifying the use of the territorial image”.

The Confraternity carries out a long-term control and protection activity so that the final public chooses today and always the sparkling wine that originates from these lands for all that it means, i.e. for the attention to cultivation, the hard work in harvesting, which is still carried out by hand, and the scrupulousness of the entire chain that this product brings with it when it accompanies tastings, aperitifs or meals. All elements that determine its value.

The role of 'moral' vigilance

The Confraternity is not a company with commercial aims, and therefore is not directly involved in marketing dynamics; this allows it to exercise a “moral” supervisory role aimed at protecting the historical originality of the Conegliano Valdobbiadene area.

Even if the situation has changed a great deal today and our land is experiencing a moment of success, the principles that gave birth to the Confraternity of Valdobbiadene are still fundamental, because everything that has been painstakingly won must be defended, preserved and reconfirmed. In this era of globalisation, the only viable route still remains that of strong territorial identification and communication.

The headquarters of the Confraternity of Valdobbiadene are in San Pietro di Barbozza (a hamlet of Valdobbiadene), housed in the vaulted “cella vinaria” (wine cellar) of Casa Brunoro, and richly frescoed with Bacchic motifs.

This is where all the solemn activities of the Confraternity of Valdobbiadene take place: the Winter Assembly, the investiture of the new Confraternity members, the Summer Assembly, official meetings and representation.

The investiture of the new Brothers as “Knights of Valdobbiadene” is honoured with a solemn ceremony on the occasion of the Feast of the Marriage of Canaan, which is traditionally celebrated on the last Saturday of January, when the new Knights of Valdobbiadene take their solemn oath in the presence of all the Brothers.

2019 also remains a key year for the Conegliano Valdobbiadene hills, which have been officially declared a UNESCO World Heritage Site. A nomination awarded to an area shaped by man, who over the centuries has been able to draw the texture of an enchanted landscape, where history, culture, traditions, climate and land come together in the true meaning of territory. This is a theme dear to the heart of the Confraternity of Valdobbiadene, which feels a moral duty to take responsibility for reaffirming its identity. In 1946 our four founding fathers,” emphasises Grand Master Loris Dall’Acqua, “had foresightedly grasped the strength of the wine-growing vocation of our wonderful hills. With the stubbornness that characterises people with deep roots, they faced the terrible moments of post-war reconstruction. We must rediscover and preserve these roots“.

The images of these three boxes are by Cesare Gerolimetto 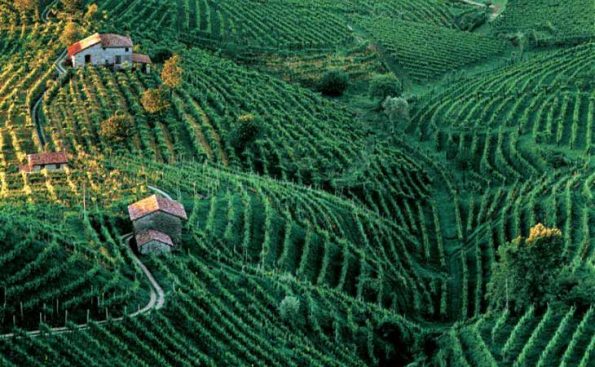 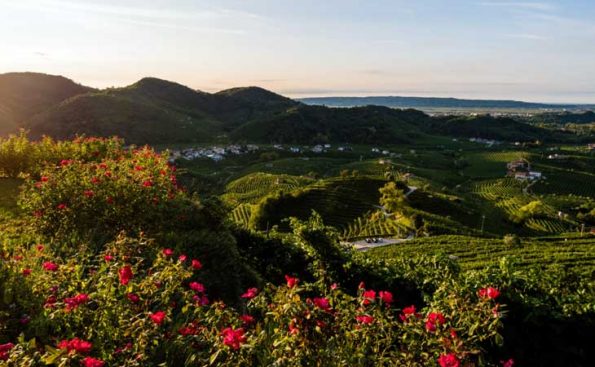 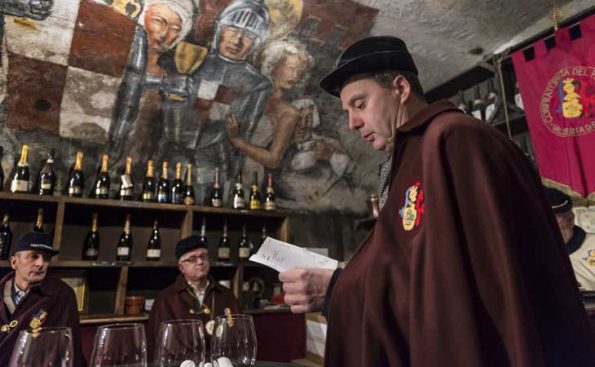 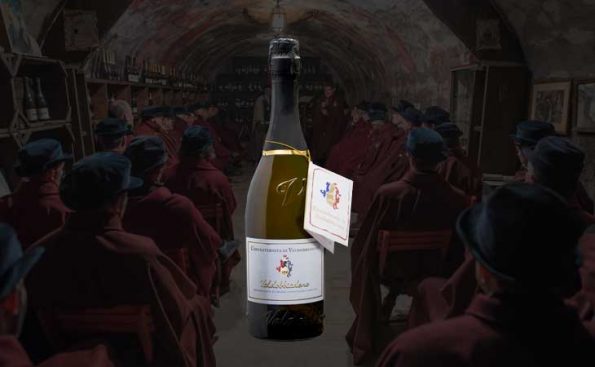 If you wish, you can get in touch with the Confraternity “Conegliano-Valdobbiadene DOCG (tab contact)

Write to the Confraternity of Conegliano Valdobbiadene